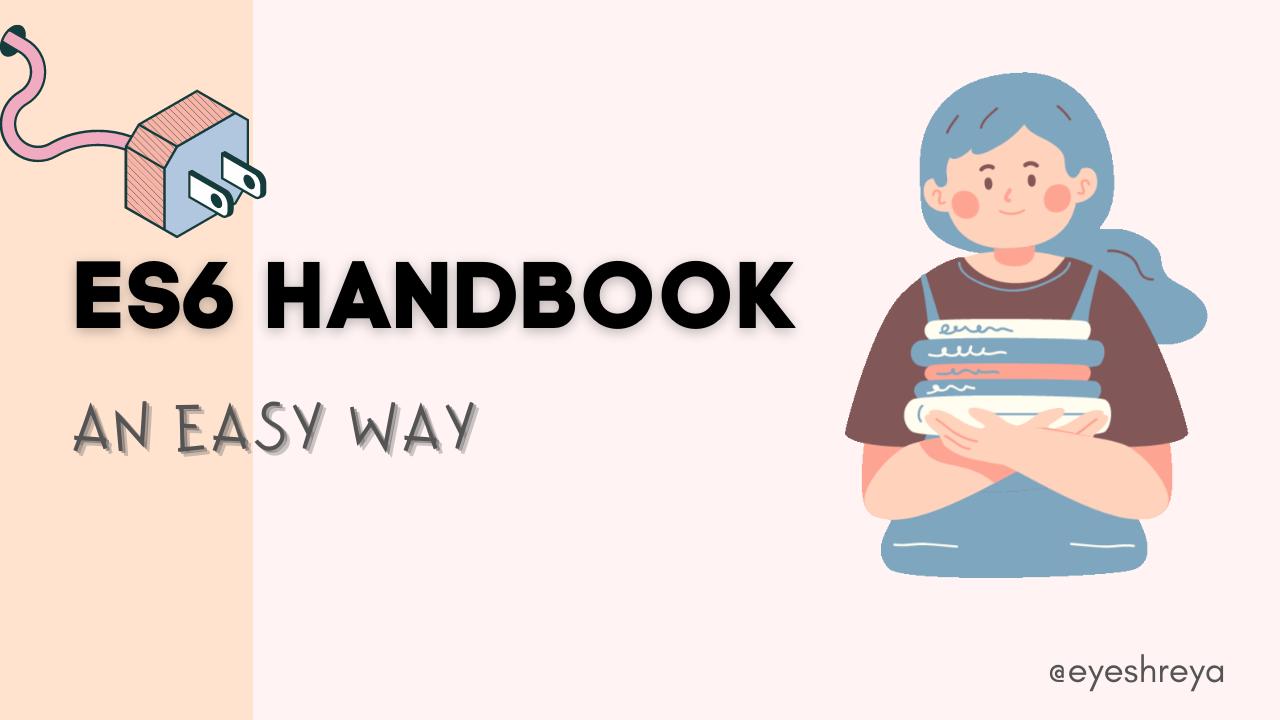 Hey readers! This blog is all about ES6. It includes all the topics related with examples. Before reading further, I want to specify that this was not a blog post initially, these are just my personal notes that I use as a reference guide, so I apologize for any misspells here :)

Before moving to the point, let us understand two concepts here:

→ as you can see, var is both global and function scoped, which often creates a confusion. So avoid using it.

The above line of code will throw an error as there's no variable msg outside the function message (where we have logged the variable). So it will show as undefined.

But when we use let inside a function, it works like:

Inside the function box() when we log the value of size, it shows a reference error. That is because, let is block scoped.

Anything inside curly braces { } is block scoped. In the above scenario, the function box() is a block.

const are very similar to let except that they can't be changed and redeclared.

→ therefore let and const are preferred over var keyword for declaring variables.

value: value of that property

Talking specifically about ES6, before ES6 we had to specify both (key, value) even if both are of same names.

ES6 help us to get rid of duplication when we have same key:value names. So now our code will look like this:

this is a keyword. It basically returns a reference to the object it is placed within

If we have an array -

We want to map the objects. Now there are two methods, es6 one is shorter and easier.

Let's say we have an object called girl such that it has 3 keys as follows:

this one line code works same as the previous code. So destructuring made our code shorter and easier to understand.

This above line of code means we've defined a new variable called ctry and set that equals to country.

with this above class, we've implemented the run method in a single line of code. If someday we find a bug here, we've to modify it in just a single place {inside class Boy}. So this is the advantage of using classes in JS.

Sometimes we have many no. of classes declared in a single file. This makes the code long, confusing and messy. To avoid this, we separate these classes into different files and import them as a module into the main file. This is called modularity.

Let's look it in action. Here's what our folder src will look like:

both Boy and Girl classes are private in the folder, in order to use them we made them public using the export keyword.

We use import keyword in line 1 of girl.js as it is an extended version of the Boy class.

Now half of the work is done. For now, these classes are not accessible in our main app.js file. For that we've to import them in our app.js file. We can do that by using -

Instead, we use import Car from "./car"; in case of default exports.

👋 Woosh! You've made it to the end. Hope I've helped you somehow. I write articles like this whenever I've some spare time. Besides this, I share content related to web development daily on Twitter. Let's connect there! @eyeshreya